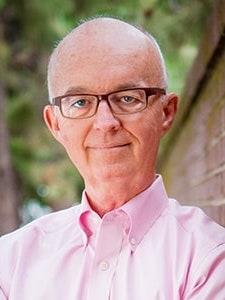 After passing the California State Bar Exam in 1977, I opened a private practice at Tahoe Paradise, California. A year later, my practice was joined by Jon Robbins. Our practice handled Estate Planning matters, Real Estate Transactions, and other general civil matters.

After four years of private practice, I became a floor trader on the Pacific Stock Exchange for six years with a seat on the options floor of the Exchange serving as a Market Maker.

After my wife and I had our two daughters, we decided it was time for me to get back into the full time practice of law. After much discussion, we decided to move to the state of Idaho in the hope that raising our children there would be more like our own childhoods in Lafayette and Walnut Creek, California.

In Idaho, after passing the Idaho State Bar exam, I went to work with Hamlin & Sasser in downtown Boise. While there I represented all three of the Bankruptcy Trustees then serving in Idaho. I also continued my Estate Planning practice and handled other civil matters for the firm until 1992 when I opened my own office.

Initially, my practice consisted of the continued representation of the local Bankruptcy Trustees. But after several more years of that, I realized that my heart was better aligned with a practice consisting of both Estate Planning and Real Estate Contracts.

Between 1995 and 2008, I had the privilege of preparing approximately 2,500 real estate sales contracts for by-owner transactions and then coaching those sales to a successful closing.

From 2013 to 2019, it was my privilege to train up Daniel and Ben in the best ways to handle both Estate Planning and Probate matters in a fashion that provides affordable and efficient services to those with needs in those areas. To have them join the practice after having known them for so many years – long before they ever thought about becoming lawyers -- has been a delight.

Beginning in 2019, I stepped back and no longer work actively with clients. But I am still the Founding Member of the firm, helping to keep the administrative wheels of the firm turning smoothly and the practice on track.

Helped establish Idaho Coalition of Home Educators in 1992 to gain the legal right to homeschool in Idaho free from government interference. In 2018, ICHE merged with Christian Homeschoolers of Idaho state to form Homeschool Idaho.

Served as a board member for Family Policy Alliance of Idaho working with the Idaho Legislature on pro-life, pro-traditional marriage, and pro-choice-in-education issues.

Contact Us
Practice Areas
Client Reviews
★★★★★
Cadillac service for a great price! No complaints, only compliments. We appreciate your "personal touch" and easygoing style. Paul Jansen
★★★★★
I was completely satisfied with the entire process. In a few short weeks I had a completed trust tailored to my specific needs. It was so easy! The timeline and costs were stated up front, and every aspect was handled with the utmost professionalism, what more could one ask for? The website is extremely helpful. 5 stars to Barry Peters! Melissa S.
★★★★★
Thank you very much for your help with the closing of Mom’s house, it is now scheduled to close Monday. You were the only person that said we can beat all of this. Other attorneys told us to walk away. We put our faith in you Mr. Peters and came out on top. Thank you again. Michael E.
View More
Submit a Law Firm Client Review